This is the third part in a series on notable kaiju video games. Giant Japanese-style monsters and games are two of my favourite things in life, so to cross them over like this was only natural. I’m going to highlight classics, hidden gems, and everything inbetween.

Ok, so I’m sort of cheating here. This is simply the SEGA Genesis/Megadrive version of King of the Monsters 2, right? Wrong. This is the closest we will get to a King of the Monsters 3 as it is an entirely new game, simply using the characters from the second title. It also happens to be the single best KotM game. It has more characters and stages than any other entry in the series and has the tightest controls and biggest movesets to date.

Eschewing the beat em up stages of the NEO GEO and SNES versions, King of the Monsters 2 for Sega Genesis (I’ll refer to it as KotM2G for now) is a straight up one-on-one arena fighter. Not a wrestling game, but a true fighter. The only other major fighting game with depth movement like this was probably ADK: Agressors of Dark Kombat, and this game is much more playable than that. 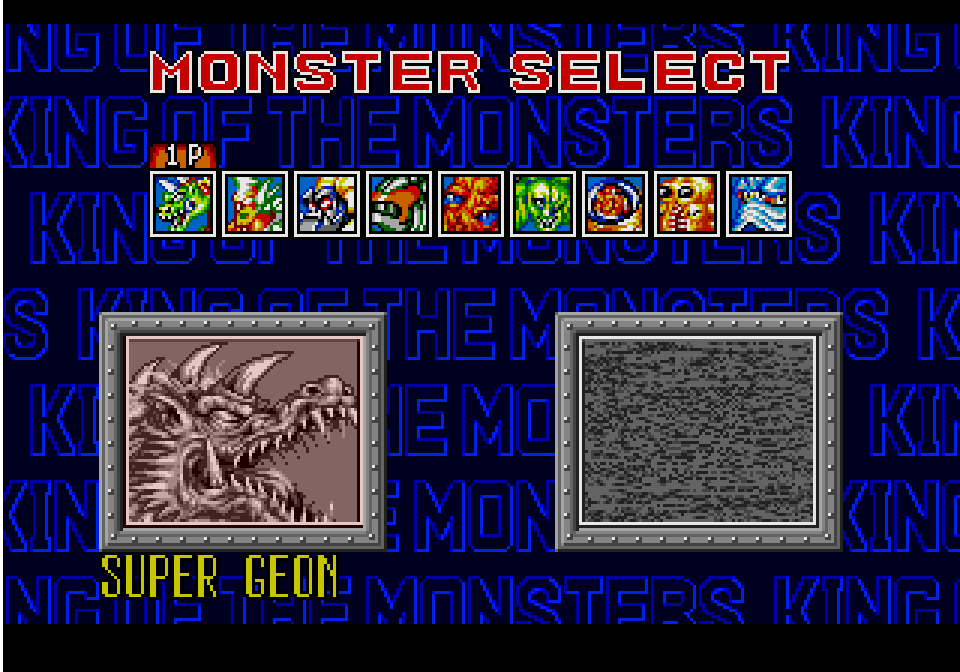 You can select from the entire cast of King of the Monsters 2- bosses included- minus King Famardy. While its a shame they didn’t bring back any of the monsters from the first game, the selection here is unique enough and each character has a variety of new moves and traditional Street Fighter-style inputs to execute them.

The powerup system returns, but resets with each round, so there is some real strategy to when you focus on your opponent vs when you should smash buildings to look for items. You need to be at max power to have access to all of your attacks, which is a pretty unique mechanic for any fighting game. Enemies also show up as stage hazards this time around.

The actual combat is the most refined in the entire series. The grappling system is no longer a guessing game, you can block, you have quick access to special attacks (no more ‘hold a button until it’s ready’ stuff), and you can even perform combos! It’s not exactly mind-blowing, but this is undoubtedly the most approachable 2D Kaiju fighter out there.

The only cons I can come up with is that the music and sound design isn’t great (many developers struggled on the Genesis, despite it having incredible audio capabilities), and they dropped the “The Next Thing” subtitle. Really that’s it. The Beat-‘Em-Up stages aren’t missed. The rest is superior to every other KotM title. Even the visuals are bolder and better animated than the SNES port.

King of the Monster 2G was developed by Betop, a developer that worked under the publisher I’MAX (who also developed the cool Innsmouth no Yakata for the Virtual Boy). Around this time Betop was developing fighting game “ports” to the Gameboy. I use quotations because the Gameboy was so underpowered compared to the NEO GEO and PS1 games they were porting (World Heroes, Samurai Spirits, Battle Arena Toshinden) that they basically designed entirely new games and built them from the ground up using the IP from those franchises. Exactly like they did here with King of the Monsters 2.

Betop is also notable for making Cyber Doll for the Sega Saturn, but they disappeared shortly after that. It has proven difficult to find out which staff worked on this game. Like the other two King of the Monsters games, this was produced at a time when companies forced developers to credit themselves under pseudonyms out of fear of being poached by other companies.

All in all, this is a game that is so under the radar it’s criminal. This is a game deserving of a side tournament at G-Fest at the very least, but I think most people assume this game is simply a port of the NEO GEO game and overlook it. I beg you not to! This is the culmination of the entire KotM series and one of the best kaiju games out there. In a subgenre that is already pretty spotty, any gem you can find should be treasured. Especially when you have a few friends to play with.